What is an EAN Barcode?

Let me start by saying that all barcodes (both EAN and UPC) originate from the exact same source – a private company called GS1 that is owned and operated by Wal-Mart, Kroger's and a few other large retailers. UPC barcodes came first and then a few years later EAN barcodes came along. Both types of codes come out of the exact same database.

Why they exist is an interesting question. From everything I have read, EANs were a marketing ploy born out of the overwhelming success of the UPC barcode system in the United States. Realizing that they could have a lucrative worldwide monopoly on barcodes, GS1 set out to put a GS1 location in just about every country in the world. They also came up with a plan to assign every country its own Country Code. To do this, GS1 needed to expand their numbering system from 12-digits to 13-digits. Thus, EANs were born. (EAN stands for European Article Number.)

The next question: Do I need an EAN barcode on my product?

If you already have a 12-digit UPC barcode on your product then you do not need to additionally purchase an EAN barcode. (If you call GS1, they will tell you the exact same thing.) With a UPC barcode, you can sell your product in any store around the world.

That said, GS1 has done a great job of selling the idea of country-specific EAN barcodes. Throughout Europe, South America, Australia and many other countries, when you inquire about barcodes they will refer you to the GS1 location in that country where they will only sell you a 13-digit barcode.

There is just one major problem. An EAN barcode will not work in the United States or Canada. The U.S. and Canada exclusively use 12-digit UPC barcodes for retail products and the scanners in these two countries will not recognize EAN barcodes. That means you would need to also have a UPC barcode on your product.

By contrast, if you take a 12-digit UPC barcode to a country that is set up for 13-digit EANs, those scanners are calibrated to automatically add a leading zero to the 12-digit number and convert it to an EAN. You truly only need a UPC barcode.

Hopefully this clears up any EAN barcode questions you might have. If you still have some of the other common questions about barcodes or simply want to know more about the history of barcodes, please see my other blogs on this subject.

Hope your day is prosperous and Happy Barcoding!

Erik Quisling is the Founder and CEO of Buyabarcode.com. Started in 1999, Buyabarcode.com has been featured in both The Wall Street Journal and The Washington Post and has helped more than 100,000 businesses bring their products to market with barcodes. 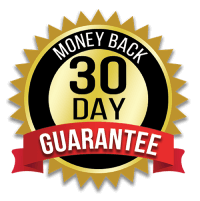